As you may recall, a little while back we were exploring the reasons behind many of the earthquakes that happen in places such as California, Alaska, Japan, and New Zealand. We had discussed some of the major earthquakes that had happened in the past couple years and then took a look at the United States Geological Survey website to view the locations of recent quakes. After doing so, we plotted some of the earthquakes that we found using Google Maps. We discovered that it had to do with the location of tectonic plates and the movement within the earth. Coincidentally, it just so happened, that the Boston Museum of Science had a movie playing at the Mugar Omni Imax Theater called the Ring of Fire. It coincided perfectly with what we’d learned about!

The best part about the movie was the fact that it was located at the Museum of Science, so we were able to explore all the other amazing exhibits while we were there! We were able to view an electricity show, see an exhibit all about geckos, see a live showing of a tree shrew, and play around with math! We even got to see some thermal images of ourselves! 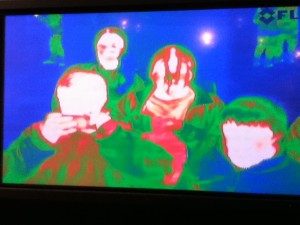 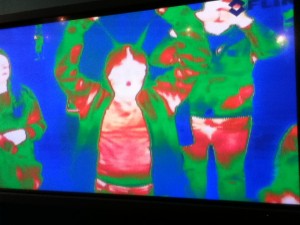 One of the highlights was being able to view one of only four nearly complete sets of Triceratops bones in the world! At the young age of of being only 65 million years old (that’s a lot of candles to blow out), the Triceratops was nicknamed Cliff. Our photographers Kevin and Ed got some great photographs of him! 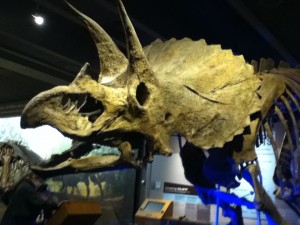 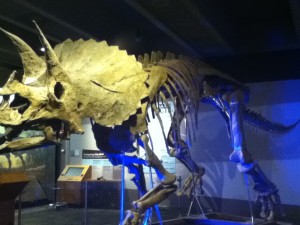 Everyone also seemed to really enjoy the electricity show! We learned all about just how hot and dangerous lightning can be. We also found out what works as a great conductor and what doesn’t. Through a couple of items in the exhibit, we were able to see that we’re a better conductor than air, that’s why electricity is more attracted to us! 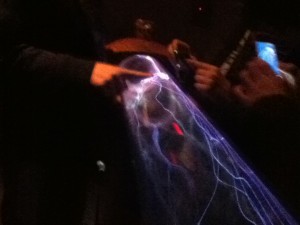 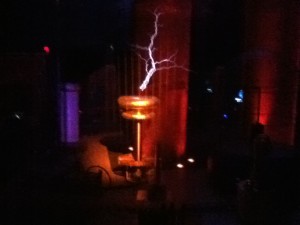 It was an amazing day! We were lucky enough to have a couple students who were in charge of taking pictures on our new iPod Touches throughout the day! Once we got back, the students used those pictures to create their own Animotos on the iPod Touches. You can also view Taite’s blog. She shared her own experience and made her own Animoto of the trip!

Mr. Avery even made one of his own of some of the videos he took throughout the day. One of the best parts after looking back at the videos was all the smiling faces we had all day long. It’s always great to have a field trip. It’s even better when it’s one that’s a great educational experience and everyone has fun!

*What was your favorite part of the field trip?*

*What other museums have you visited?*