Over the summer, something rare happened. The east coast of the United States had a pretty sizable earthquake! It happened pretty far away from us in Virginia but a few of us felt a little bit of shaking under our feet!

In certain places in the world, earthquakes happen much more often. I bet if you talked to our good friends in Mrs. Yollis’ class in California, Mrs. Watson’s 2/3s in British Columbia, or B4 in New Zealand, they’d have many more experiences with earthquakes. That’s because most of them live somewhere close to tectonic plate boundaries.

The world is covered in tectonic plates. They are essentially giant pieces of rock that drift on top of the earth’s mantle. They can move from side to side as well as up and down. Below you can see how the earth is broken up into these plates. 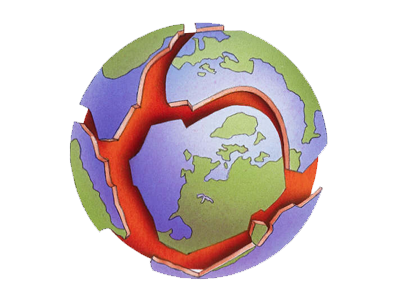 Sometimes, these tectonic plates get stuck up against one another. Pressure starts to build up and then finally one plate will slip past the other. All that energy that was built up is unleashed and it sends out seismic waves through the earth. Those waves cause a shaking feeling which can be felt on the surface. The more pressure that was built up, the stronger the magnitude, the more shaking you’ll feel! 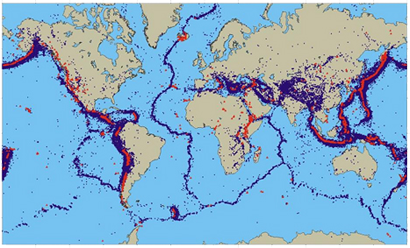 View Earthquake Map by Moriah and Jenny in a larger map


View Earthquake Map Alyxandra and Kevin in a larger map


View Earthquake Map by Ryan and Fiona in a larger map


If you’d like to see the rest of our maps, you can visit our wiki.

*Have you ever felt an earthquake before?*

*What else can be created by tectonic plates?*