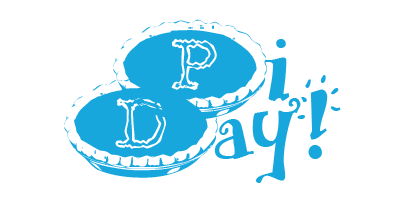 On March 14th of every year we celebrate Pi Day. Now, this is much different than Pie Day. Pie is that delicious treat that comes in a variety of types. You can get apple, pumpkin, cherry, blueberry, and so many more. Pi, without the e on the end, represents the ratio between the circumference and diameter of a circle. That comes out to be about 3.14 when rounded. That’s why we celebrate Pi Day on 3/14 (March 14th) of every year.

The timing of Pi Day worked out perfectly because we’ve recently been spending a lot of time trying to find both the circumference and area There’s so many other uses for pi. Did you know that they use pi to help find new planets? Or, did you know that pi is useful in studies they’ve done about how crickets locate their mates? Pi especially comes in handy if you’re an engineer trying to find the surface area of volume of a round three dimensional object. It’s amazing how often pi is used outside of the classroom!

In order to celebrate the day, we began by watching a couple music videos about pi. Mr. Avery found these videos through Richard Byrne’s Free Tech 4 Teachers website. Both were a great reminder of everything we had learned about pi to date. See if you can recognize the tunes used in either of the videos.

While students watched the videos, Mr. Avery set up pies around the room that were graciously made or donated by parents. Since pies are usually round and pretty close to being circular, students were asked to visit each pie to find the radius, diameter, circumference, and area of each one. We were curious to know just exactly how much pie we would be able to eat! Once finished measuring and finding all our calculations, Mr. Avery was able to start cutting up each pie. In order to cut each slice, he used a knife to cut a radius to the center point. Once he had cut two radii, he was able to serve a sector (piece) to each student! Watch our Animoto below to see our Pi Day in action!

Once we wrapped up all of our pie eating, we had a competition to see who could recite the most digits of pi! Even though we usually refer to pi as 3.14, pi is actually a never-ending number. You can see the first million digits of pi by viewing this website. Currently, the world record for reciting pi stands at around 61,000 digits! We certainly didn’t expect to quite get there but our winners were quite impressive in their own right! In the two videos below, you can see the winners from each class. Tessa had the highest number correct in the grade, reciting 82 digits of pi before her first incorrect digit! Hannah, the winner from the other class, wasn’t far behind reciting an astounding 72 digits of pi! That’s not easy to do in front of a camcorder and a group of your classmates!

At the end of class, we were running short on time, but we had just enough of an opportunity to sing “The Circles of Math,” a song Mr. Avery wrote to the tune of “The Circle of Life” from The Lion King. We had a lot of fun singing it right at the end! It turned out great for only being able to sing it once!

Pi Day turned out to be an amazingly fun, educational, and delicious day! We all look forward to being able to celebrate it again next year!


How many digits of pi do you think you could remember?

What’s your favorite kind of pie?