A Bite of Vegemite

Last week we received a package in the mail. The first thing that caught our attention was was the address where it was sent from. 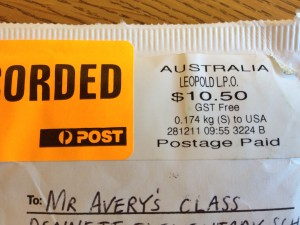 In December, you may remember that we received a package from 2KM and 2KJ. We had a suspicion that this package might be from them too. When we opened it, we found a jar of vegemite! 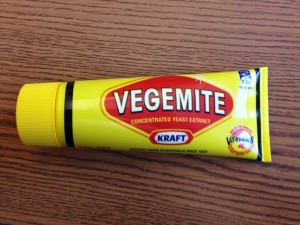 When we had skyped with Mrs. Morris last month, she had just finished having some vegemite for breakfast because it was 6 a.m. for her while it was 2 p.m. the previous day for us! Everyone was very curious as to what it was because we had never heard of it before. She was kind enough to send us a bottle all the way from Australia so we could try it! She said that it typically comes in a jar but a bottle was much easier to ship to the United States.

As we found out, vegemite is a popular spread in places such as Australia and New Zealand. It’s made of yeast extract, spices, and salt. It’s typically eaten on things like toast or crackers. Mrs. Morris even likes to put a little bit of vegemite on toast and then spread some peanut butter on top of that!

We thought we’d give it a try to see if we enjoyed it as much as they did! We got an idea from Mr. Salsich to videotape us trying it so we could share what we thought. You’ll be able to see our video below along with some pictures of us eating vegemite for the first time! 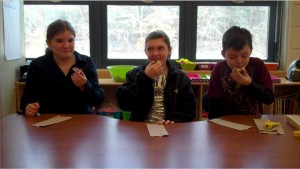 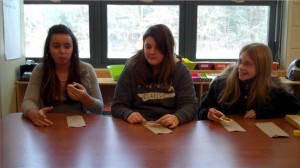 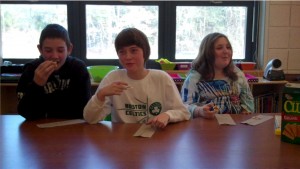 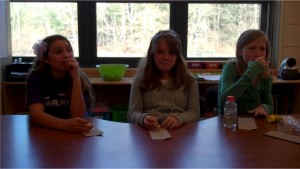 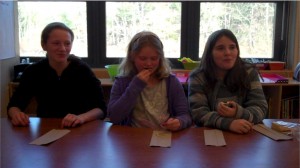 Thank you Mrs. Morris for sending us the package. We enjoyed trying it!


*Have you ever tried vegemite before?*