As we were leaving school on Thursday, one question seemed to be on everyone’s mind, “Are we going to have school tomorrow?” We just so happened to have these two storms bearing down on us, ready to combine into one giant storm that was supposed to drop A LOT of snow on us. 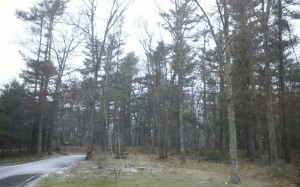 The calm before the storm – Sent in by Mike K.

Well, it just so happened that we didn’t have school on Friday because of it. The storm rolled through on Friday and Saturday and by the end of it, most of us found ourselves without power. It dropped up to two feet of snow on us as well as bringing winds close to 75 miles per hour! That’s a hurricane force wind! Because of that, we also didn’t have school on Monday or Tuesday. Some of us are just now starting to get our power back on today! 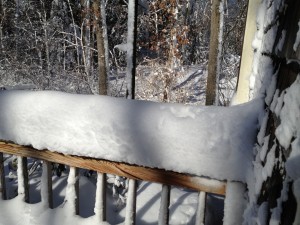 The storm is just getting rolling. 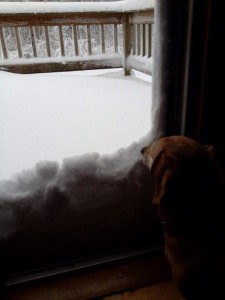 Mr. Avery’s dog Oscar thinking, “I wish I was just a little taller.” 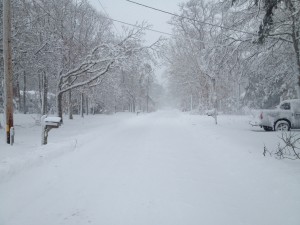 Looking down our street as the storm winds down.

Even though we thought we got a lot of snow, with some of us receiving about 24 inches, places in Connecticut received upwards of 40 inches of snow from this blizzard! So what caused this storm to be so powerful? It was actually two storms that combined into one. There was one storm that was coming up from the south that had a lot of moisture in it. There was another storm moving in from the west that was part of a cold front that brought cold temperatures. When these two storms collided, they formed a much larger, much more powerful storm with a lot of moisture and temperatures that brought us snow. 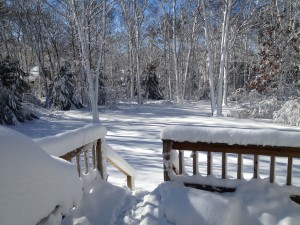 A look out after the storm

NASA released an satellite animations of the two storms coming together. You can see just what happened to bring them together and then what they looked like after they combined.

What’s the most snow you’ve ever gotten?

If you’ve never seen snow before, would you like to? What would you do if it snowed where you lived?