Okay, so that may not be how you’re used to that phrase going but that’s just how we started math today! Today marked the day of our Great Rate Race. We took part in a scavenger hunt around the school to solve problems involving ratios and rates. 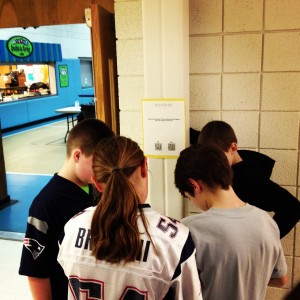 We were broken up into four groups. Each group was equipped with a tablet, a clipboard, an answer sheet, and a pencil. We started out with a rate question, “If Emily buys 6 pounds of apples for $12.90, what is her unit rate?” We had to do our work out on the answer sheet, find our answer on the question sheet and then, using our Kaywa QR Scanner app, we scanned the QR code underneath it. If we had the problem correct, it gave us a clue to the next question. If we did the problem incorrectly, then it told us to check our work and try again. 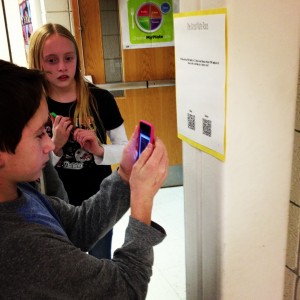 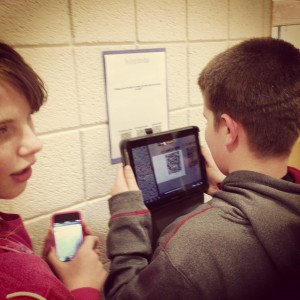 Once we tallied up all the points we found out that Jenna, Jacob, Heston, and Josh were our winners. They finished second as far as time was concerned but did all the work and answered all questions correctly. In all, they earned a score of 12 points! All teams did an amazing job though! 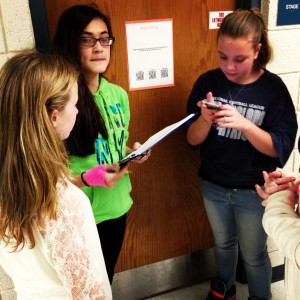 If you’d like to see the problems that we had to solve, you can scroll through our documents down below. Try solving some of the problems on your own or try scanning some of our codes to see if you could’ve guessed where the next question might’ve been!

Have you ever done a scavenger hunt before?

Have you ever scanned a QR code before? What was it for?