Abuzz for the Geography Bee

Yesterday we had our yearly school Geography Bee. Ten lucky students were able to compete in the finals after having our preliminary rounds in class previously. Last week, all students went through seven rounds of questions. Questions related to states, oceans, and world geography. After, the seven rounds, we tallied up how many correct answers each student had. We had two with six correct so we had to have a tie breaker!


After going back and forth for many questions, Taite finally emerged as the grade six champion! She was automatically in the finals. Tessa, who also had six correct answers ended up getting in as well!

After each grade level winner and anyone with six correct answers got in, there were still six spots remaining for the finals. All students who had five correct went to a tiebreaker for those final spots. After many rounds and some incredible answers, four other sixth graders ended up making the finals. Frankie, Anthony, Molly and Faith would be joining Taite and Tessa.

The amount of information these students knew was so impressive! Some of our blogging helped as one of the questions was about what country the state of Victoria was in. Of course we know that’s Australia because that’s where 2KM and 2KJ are!

As the finals began, we learned that it was single elimination until we were down to the final two. We were all excited with anticipation of who would be the final two! Our photographers, Sam, Morgan and Emma did an amazing job of capturing the action. 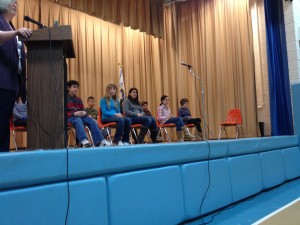 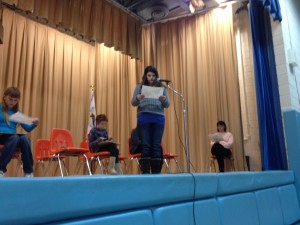 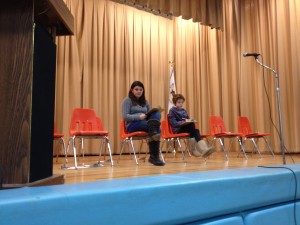 As the numbers dwindled, we were down to our final two, Kaylee and Faith. Curious to know who won? Well, you’ll just have to watch the video below!


Congratulations to all! Everyone did an amazing job and it’s evident how much you’ve learned about geography in your time here at school!

Want to test your own geography skills? Try out a few of the questions below! Share your answers in the comment section. If you’re having a bit of trouble, use the Google map at the bottom of this post to help find the answer!


1. Before flowing into the Baltic Sea, the Oder River forms part of Germany’s border with what neighboring country?

2. Located south of the Cape York Peninsula and southwest of Melville, the Gilbert River has no water during the dry months in what country?

3. Desalination of salt water from the Persian Gulf provides fresh water to people in which country – Saudi Arabia or Tunisia?