Last week was an amazing week, filled with great events and surprises! On Thursday, the fourth, fifth, and sixth grade put on the annual spring concert. Our class played the recorder and then were followed up by the fifth and sixth grade chorus. They were simply amazing! Our music teacher, Mrs. Cardinal worked so hard to get everyone ready and it showed in the final result!

After we returned from that astonishing performance, we had two mysterious packages waiting in the room for us. One of them looked just like a coconut and was addressed from Hawaii. The other was wrapped in white packaging and was addressed from Canada. It turns out, the first one was a coconut and came straight from Hawaii! Our great friend Mr. Tracy, just so happens to be on vacation there right now. He decided to send along an authentic coconut! Each student got to shake it to hear the coconut milk still inside! After a little unwrapping, we found out the second package was from our quad blogging buddies, Mrs. Watson’s 2/3s on the west coast of Canada. They send us a book called Loonies and Toonies! It’s a great number book that helps us learn all about Canada. These were both huge surprises! 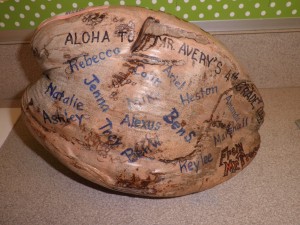 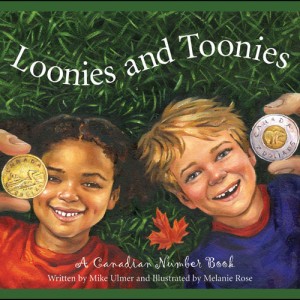 Then, just when we thought the rest of the week would be uneventful, we got our school pictures back. These weren’t just any normal school pictures though. For some reason, the students seemed to have odd-shaped sunglasses, strangely colored hair, and even mustaches and beards! I certainly have no idea how that could’ve happened. I guess it will just always be a mystery!

*What emotions were you feeling during the concert?*

*What’s the greatest surprise you’ve ever had?*

*How did you dye your hair, grow facial hair, or put on sunglasses without me noticing right before pictures?*