Today we culminated our fraction unit with a fun Play-Doh activity. Students had to apply their knowledge of parts of a whole, equivalent fractions, as well as adding fractions. 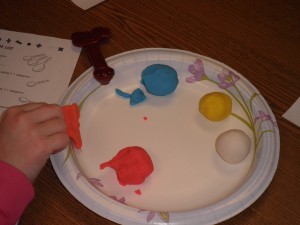 We mixed play-doh to learn about fractions 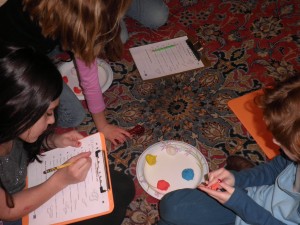 
Working with partners, each group was given blue, red, yellow, and white play-doh. They were also given 1 teaspoon, ½ teaspoon, and ¼ teaspoon measuring spoons. Students had to measure out different amounts of play-doh, mix them together and record the color that they ended up with! The groups had to use their knowledge of finding equivalent fractions to make sure their denominators were the same. They had to make sure that each play-doh recipe added up to one whole teaspoon.

See if you can guess what color some of the following combinations made. Click on each picture to find out! 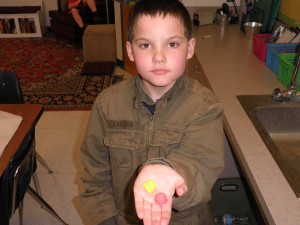 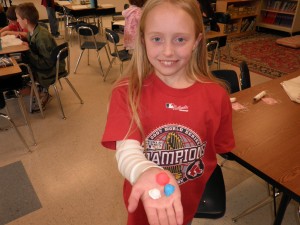 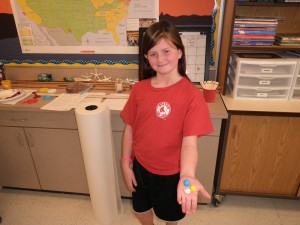 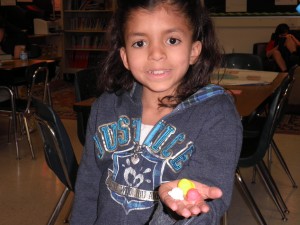 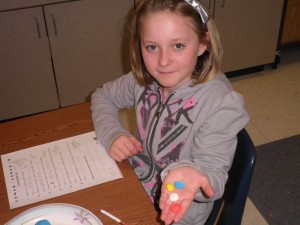 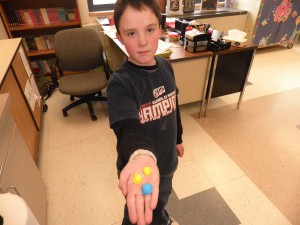 Afterwards, students were allowed to create their own recipes and see what colors they were able to make as long as their fractions added up to 1 whole teaspoon. Everyone did an amazing job and showed a great understanding of fractions!

*What was your favorite color you made?*

*What other fractions could you add together to make a whole?*