Photosynthesis in the Classroom

In science, we’ve been studying all about plants. We’ve discussed the parts of plants and flowers. We’ve also talked about how plants need to produce their food to survive. This is done through a process called photosynthesis. We learned that photosynthesis involves sunlight, water, and carbon dioxide. They use all of these to make something called glucose which is another word for sugar. This help to “feed” the plant!

To help us better understand how photosynthesis works, we played a game of photosynthesis tag. Each student had a role that they had to play (plant, sunlight, two hydrogens and an oxygen for water, carbon and two oxygens for carbon dioxide, glucose, and finally, humans). The goal of the game was for the plant to form a chain that included all of the things it needed to create food. It started with the plant needing to tag the sunlight so it could gain energy. They began the chain and together had to tag a water molecule which was formed by two hydrogens and an oxygen linked together. When water was tagged, hydrogen had to join the chain and the oxygen was released into the “atmosphere” where they were then chased by the humans. The plant, sunlight, and two hydrogens then had to chase after and tag carbon dioxide so it would be linked with the others. They now had everything they needed for photosynthesis. To complete the chain, they had to tag glucose which is the final product of photosynthesis. Below you can see some pictures of the important players of photosynthesis! 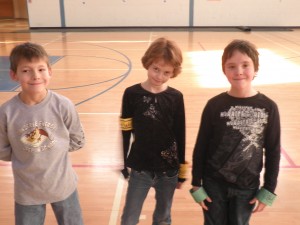 The plant and sunlights 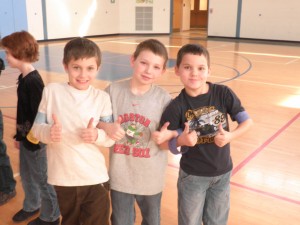 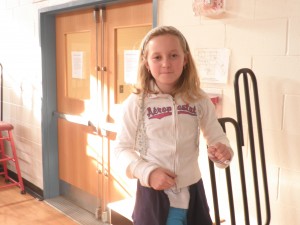 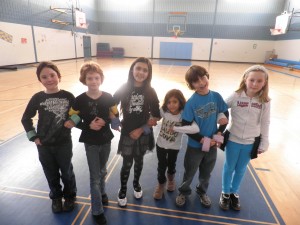 We also used a new site called Tagxedo to create a wordle in the shape of a plant.  Students wrote down words that came to mind when they thought of plants.  We then typed them into the site.  After, we discussed why certain words come up more frequently why each of those words were so important for plants.  Below, you can see our example.  Remember you can click to make it larger! 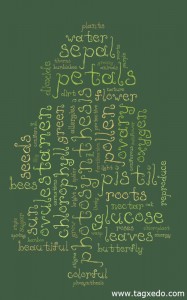 What words come to mind when you think about plants?

What have you learned about plants that you didn’t know before?

Do you have a favorite type of plant?