Yesterday we wrote about our experiences in the Espionage adventure at 5 Wits at Patriot’s Place in Foxboro. As much fun as Espionage was, a lot of us liked 20,000 Leagues Under the Sea even more!

The door led us into an elevator. As we got inside, the doors closed and water starting filling in all around us! We were trapped with nowhere to go but down. Once the elevator stopped and we were finally able to get out, we found ourselves in the ship of Captain Nemo, the captain that Jules Verne had written about in the story. It turns out the story was true! 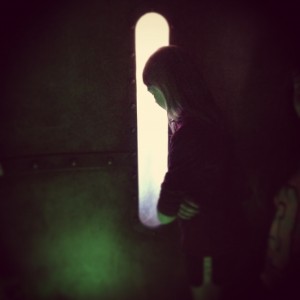 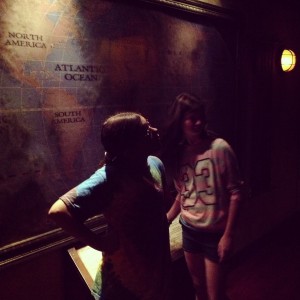 Once we made it into Captain Nemo’s library, we had no way out. We listened to a phonograph and found out we had to find some locations of Captain Nemo’s trip on a map. When we found the locations, lights lit up on the map. Once we found them all, the map disappeared and we found out the lights represented musical notes! We played the musical notes on a piano and it opened the next door! 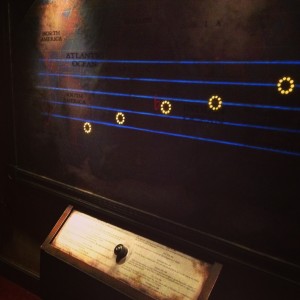 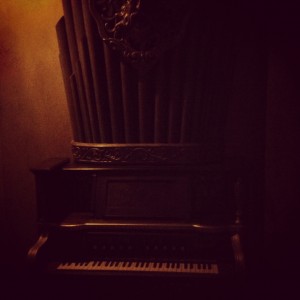 We found ourselves in the engine room but the engine wasn’t working. In order to power it up, we had to get the flow of electricity working by lining up different sized tubes in holes of different depths so they were all even. When we got that done, we then had to take different sized gears and fit them onto the wall to make the gears that were already in place turn. We worked together really well to get both goals accomplished! 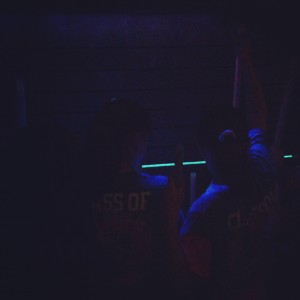 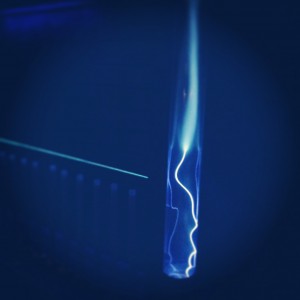 This still didn’t lead us to an escape from the ship though. Instead, we ended up in Captain Nemo’s laboratory. There were cylinders of different colored liquid and to get out, we had to take crates with test tubes in them and figure out how to make each cylinder drain into a graduated cylinder that was marked with a certain color. We had to try out all different crates and flip them around but we finally found the right fit and all the liquid started draining out! 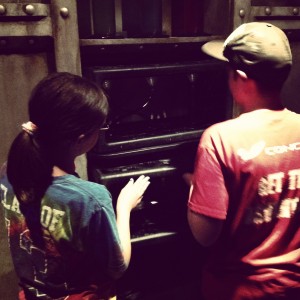 This brought us to the final two rooms. In the first one, we were in the bridge of the ship. We had to turn on each part of a pump in the correct order so we could pump water out of the diving chamber. It took three turns before we were able to pump everything out. Once it was all pumped out, we were finally able to enter the diving chamber so we could head to the surface. There were leaky pipes everywhere because of the water that had been in there but we were finally on our way home, or so we thought! As we began to rise to the surface, a giant squid attacked us! We had to rush to the center and charge up a cord by turning wheels really quickly. Once we did so, we touched the cord to the side of the chamber and the squid swam away! Now we were finally on our way. We reached the surface and ended our journey on board Captain Nemo’s ship. 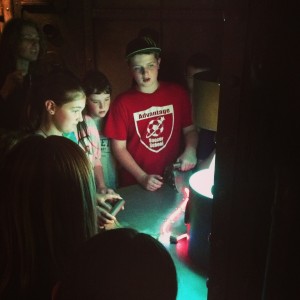 Check out the trailer that 5 Wits put together for 20,000 Leagues Under the Sea and then see a slideshow of all our pictures from our field trip below (including pictures of us in front of Gillette Stadium where the New England Patriot’s play)!

Do you think you’d rather try Espionage of 20,000 Leagues Under the Sea at 5 Wits?