One of our goals for the second part of the year is to interview people who live on or have visited different continents.  We are hoping to learn about the similarities and differences between our continent, North America, and some of the others.

The first interview in our Blogging Around the Globe series comes from arguably the most difficult place to get in touch with someone from, Antarctica.  Quinn Andrew, a native of Wisconsin, spent some time down near the South Pole.  She was kind enough to take some time to answer our questions and share some pictures! 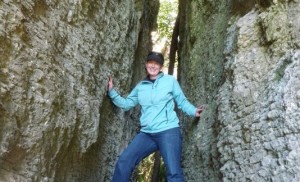 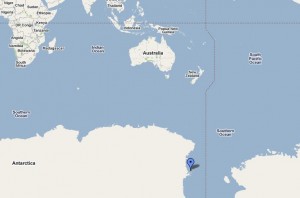 Quinn was located near McMurdo Bay in Antarctica.

It didn’t snow much and when it did, it was a very dry, light snow that the wind whipped around so much that you couldn’t see anything!  The average annual temperature in McMurdo is 0°F but can get up to 40°F in the summer (January and February) and can be as cold as -80°F in the winter (June and July).

It is almost always windy there.  We were on Ross Island and get a lot of wind off the “water,” which is frozen most of the time.  Average winds are between 15-35 miles per hour with the windier days ranging anywhere from 45 miles per hour to as high as 90 miles per hour!

We had weather conditions to let us know when it was safe to travel. 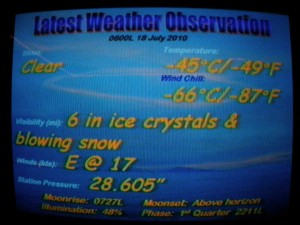 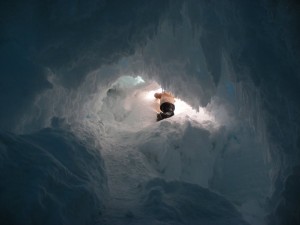 It looks pretty cold to me!

Why are people on Antarctica?

People are on Antarctica mostly for science.  Researchers study everything from the fish and all the proteins that they have to keep them from freezing, the atmosphere, to the ice cores that tell the earth’s story from millions of years ago.  There is also a lot of volcanic study since Mt. Erabus is only a few miles from the station.

Then, others are there to help support science.  They do things like wash dishes, clean bathrooms, fuel airplanes, run helicopters, and supply materials for different projects.  There is also an air national guard presence that flies everyone from New Zealand to the ice.

The population varies throughout the year.  During the summer it can be as high as 1,000.  During the winter this year it was about 200. 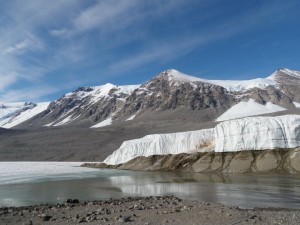 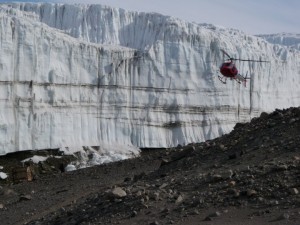 What type of animals do you see down there?

One of the animals that we would often see is called a skua.  The skua is a scavenger gull that has adapted to human presence in Antarctica.  They show up in October or November and leave in February or March.  It’s a pretty amazing animal to be able to live in those harsh conditions.

We also saw Adelie penguins and occasionally emperor penguins.  We would see Weddell seals and whales.  Each February, we receive a ship supply.  In order for the ship to make it into Winter Quarter’s Bay, an ice breaker would come in ahead of it and open up a channel.  You could see orcas and minke whales play in the channel. 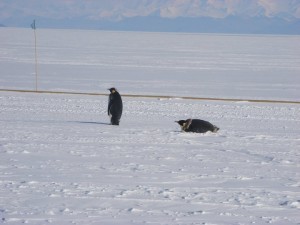 A couple penguins out for a stroll 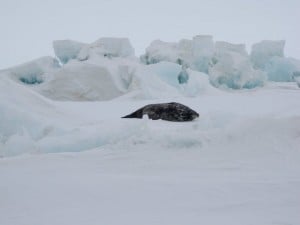 Hanging out with a seal

What was your favorite memory?

I have a couple.  My first was that I got to visit Dry Valleys last summer (January 2010).  This is supposedly the closest thing on earth to what Mars looks like.  It is an amazing, unspoiled, volcanic and ice bound area.  The second, was after spending a year on the ice, I left on a 30°F, sunny day.  I got to fly first class in an A370 past the caldera of Mt. Erabus.  It was amazing and I will never forget it. 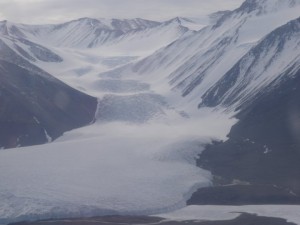 Thank you Quinn for taking some time out to share your experiences with us.  Antarctica looks like a pretty amazing place!


*What did you learn about Antarctica?*

*What would you dislike about it?*